Back in October of 2014, I was fortunate enough to attend the NYS GIS Association’s GeoSpatial Summit, a biennial conference held in Skaneateles, NY to keep professionals in the forefront of GIS through a variety of presentations (here is a definition for those who are not familiar with what GIS is and what it is capable of).  One of the presenters for the day was representing the company, MapBox, which immediately grabbed my attention.  The company is a service that helps create beautiful maps.  In case you didn’t already know, Cartography has become a lost art.  Good GIS professions are often the best artists and designers.  It is similar to asking a biologist to also be a proficient percussionist; the two don’t necessarily go hand-in-hand any more.  GIS professionals are excellent at statistical and spatial problem solving, but not always visual problem solvers like graphic designers.

To give you an idea of what I’m talking about I will take myself for example (so as not to pick on anyone in particular).  Quick background story: before entering the Art program at SUNY Oneonta I studied Geography with a concentration in GIS. This turned out to not be the best fit for me, but I continued my Geography and Art degree requirements because I still love both subject areas. SO, before I took design and graphic design classes in the art program, I was simply one of those GIS mapmakers (I will not refer to them as cartographers). The examples I have selected from my work are two maps that I created to visually understand and interpret the availability of [various types of] internet in Otsego County. My main focus was based upon population distribution/density, and the physical topography of Otsego County for understanding the internet availability. Now, that was a pretty brief explanation as to what I tried to study. 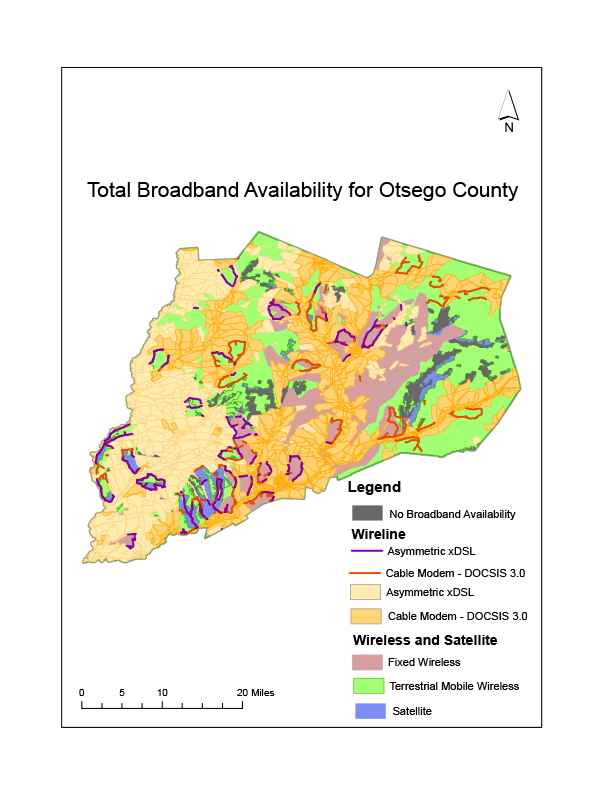 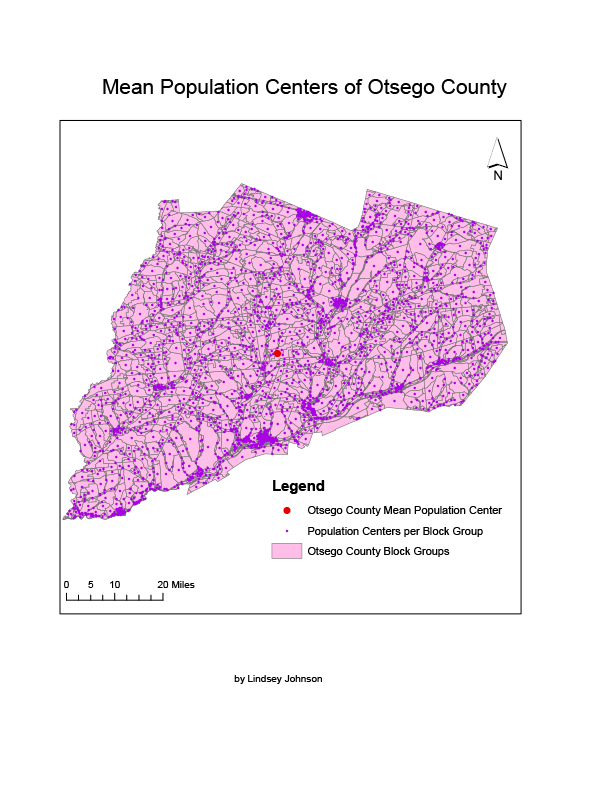 My hypothesis was correct, topography played a major role in population distribution/density, and therefore internet availability (among other things, such as jobs, health services, etc.). But as you have noticed, my maps are not exactly beautiful. This is mainly because the program, ArcMap (owned by ESRI) is a seriously powerful program, but is not designed to have a beautiful user interface, and the maps that a user can generate are also pretty archaic looking. There is really no competition for ArcMap because it monopolizes the GIS software industry, similarly to Adobe.

This is where Mapbox enters the picture. Users can take off the GIS hat, and put on the Designer hat by taking their maps and playing with various fonts, color scheme, etc. Most of the themes are pre-formed (like PowerPoint) by individuals with an eye for design, making it a little easier for map-makers (because let’s face it, you don’t become a designer overnight).

I see this specific area of information design in dire need of change. With companies like Mapbox, and awareness of this “issue,” hopefully big changes will take place in the near future. In a world where everyday we interact with beautiful design competing for attention, the more interesting and captivating design will win every time. Maps need to stop existing as just [bland] maps, and re-enter the world of cartography.